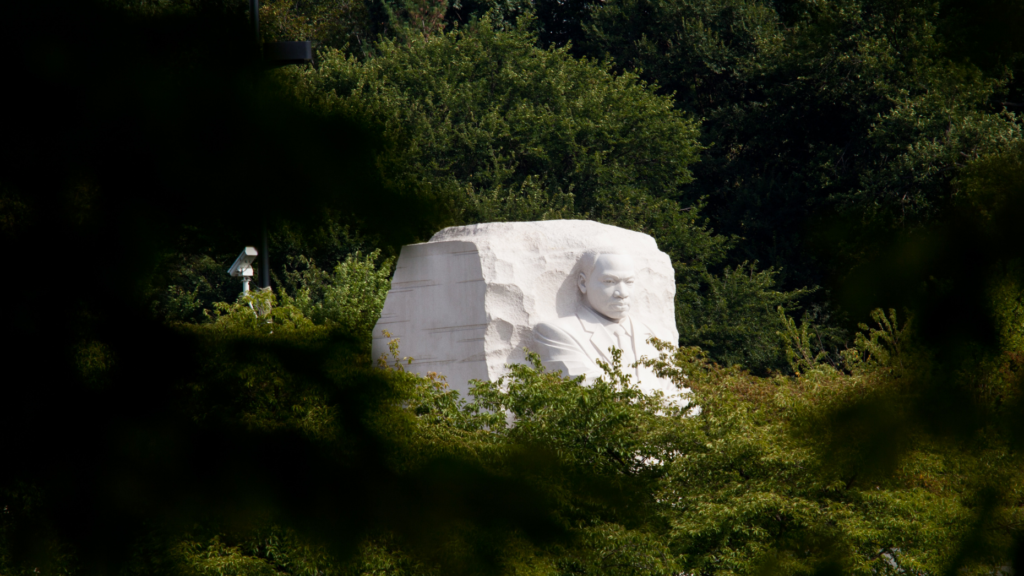 Although Martin Luther King, Jr. is most remembered for his struggle to secure voting rights and stop segregation, the civil rights icon’s dream of racial equity reached far beyond integrated public life — it also included economic security and housing rights for the millions of minority and low-income Americans who’d been relegated to their cities’ under-resourced neighborhoods and housing projects.

King began planting the seeds of what would become the Poor People’s Campaign in Chicago, where thousands of Black Chicagoans struggled with job and housing insecurity — something they’d hoped they escaped during the Great Migration, the term used to describe a decades-long exodus from the fields of the South to the factories of the North.

Although some Black people found great success in Chicago, Detroit, New York City and other similar places, many more found the only thing that changed in their life was their address.

“We are here today because we are tired,” Dr. King said, according to a transcript of a speech he made at Chicago’s Soldier Field. “We are tired of paying more for less. We are tired of living in rat-infested slums … We are tired of having to pay a median rent of $97 a month in Lawndale for four rooms while whites living in South Deering pay $73 a month for five rooms.”

According to articles by HuffPost and NPR, Dr. King spent much of 1966 in Chicago, even moving his family to an apartment on the city’s predominately Black west side. There, King and Southern Christian Leadership Conference (SCLC) launched the Chicago Open Housing Movement, whose goals included the rehab of public housing, increasing the supply of affordable housing, pushing for diversity and integration in businesses and unions, a $2 minimum wage and the abolition of wage garnishment.

Over the course of the year, King and SCLC activists held citywide rallies, planned demonstrations in front of real estate brokerages and marched into Chicago’s all-white neighborhoods, which were met with violent reactions from the city’s white residents. “Well, this is a terrible thing,” King said in a soundbite acquired by NPR. “I’ve been in many demonstrations all across the South, but I can say that I have never seen, even in Mississippi and Alabama, mobs as hostile and as hate-filled as I’m seeing in Chicago.”

Eager to quell the violence, Chicago’s mayor, Richard J. Daley, agreed to meet with King and other activists in August 1966 to work out an agreement, which included building future public housing with “limited height requirements,” and requiring the Mortgage Bankers Association to make mortgages available regardless of race.

King hailed the agreement ‘‘the most signiﬁcant program ever conceived to make open housing a reality,’’ but tempered his assessment by recognizing it as only “the ﬁrst step in a 1,000-mile journey.’’

The next year, King went back to the South and began planning the Poor People’s Campaign, which was built from his experiences in Chicago the year before. He and the SCLC began creating a blueprint for economic and housing equity that addressed the systems and policies that kept minority and low-income communities behind the eight ball.

“This is a highly significant event,” King told the SCLC in November 1967, according to an archive at Stanford’s King Institute. “[This] the beginning of a new co-operation, understanding, and a determination by poor people of all colors and backgrounds to assert and win their right to a decent life and respect for their culture and dignity.”

He garnered support from civil rights leaders in American Indian, Puerto Rican, Mexican American, and poor white communities and began planning another March on Washington to demand jobs, unemployment insurance, a fair minimum wage, and education for adults and children. “It’s as pure as a man needing an income to support his family,” King said.

King was assassinated before he could finish planning the demonstration; however, other SCLC leaders and his wife, Coretta Scott King, banned together and finished planning the march, which took place on Mothers’ Day 1968. After the initial demonstration, protestors pitched tents on the Mall in Washington and lobbied for fair employment and housing policies until their park permit expired a month later.

Even though the campaign was largely unsuccessful in making widespread change — they did secure free food surplus distribution to 200 counties — historians say the Poor People’s Campaign and the Chicago Open Housing Movement laid the groundwork for the 1968 Fair Housing Act, which ensures that all Americans have access to equal housing opportunities and outlaws discrimination based on an individual’s race, color, religion, sex, national origin, disability or familial status.

Although the Fair Housing Act has improved the living conditions of Americans, many readily point out there is still much work as evidenced by disproportionately low homeownership rates for Blacks, rampant gentrification in communities of color, a lack of affordable housing for low-income individuals and families, and concerns about new technologies, such as Facebook, being used to discreetly discriminate.

“And we have to continue in the legacy of MLK and the civil rights movement and the legacy of abolition movements of before,” said Paige May, a Chicago resident who spoke to NPR after an event to celebrate MLK.

“We have a lot of work to do, but it’s also — it feels like a day that’s celebratory in a lot of ways, right? But in the sphere of struggle and resistance.”